Coaching Models From GROW to ACHIEVE

Coaching Models From GROW to ACHIEVE 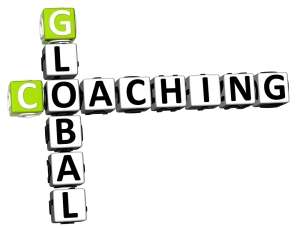 The GROW model developed by Sir John Whitmore is probably the best-known coaching model in the UK. Many coaching training programmes use this model as the framework for developing the coaching relationship, however, I find the ACHIEVE model provides a logical progression from GROW.

The seven step model was developed by Sabine Dembkowski and Fiona Eldridge who conducted research to establish:

Coaching Models From GROW to Achieve

Where did I discover this Model?

I discovered the model in an article in The International Journal of Mentoring and Coaching Volume I Issue 1 2003 and have consistently used it to progress coaching conversations with clients because the model enables the development of a coaching relationship in a systematic manner and provides both transparency and flexibility.

How the Model Works

…In this first stage of assessment coaches include all areas of a client’s life. As one of the coaches we modelled in Germany explained, “… you cannot separate the different areas of an executive’s life or for that matter anyone’s life – they are an interlinked system”. It is important to obtain an overview of the client’s current circumstances before focusing on the chosen area.

The most critical coaching skills at this stage are: rapport building, the use of open-ended questions and active listening.

The most critical coaching skills at this stage are: rapport building, the use of open-ended questions and active listening.

Of the three, matching is key and involves matching both physiology and language:

The use of open-ended questions requires the client to answer with more than a simple yes or no. The purpose of this is to help the client to begin to explore his or her current situation which leads to different ways of thinking about it and ultimately to the self-generation of solutions.

In active listening coaches applied three techniques: repeating what was said word-by-word, reflective repetition (same sense) and interpretive repetition. In the latter step some coaches went as far as testing hypotheses and synthesising information from the client.  All coaches observed their clients very carefully at this stage and had developed a high degree of sensory acuity.  Sensory acuity includes observing such things as very small changes in skin colour and tone, the tightness of the muscles around the mouth, blinking rate and breathing rate.  They showed genuine curiosity towards the client and their stories and were demonstrably keen to learn more about them. Based on the initial assessment the shaped the specific course of the coaching programme together with the client.

Clients who have either hired an executive coach themselves or where the organisation suggest one often experience a “stuck state”. This is a situation where the client feels trapped as if there are no alternatives or keeps circling around the same issue without being able to generate new options for behaving differently. Top coaches ask open questions at this stage that allow the client to open up and/or view the problem from an entirely different perspective.  A simple question such as “What would you do if money would not be an issue?” or “What would you do if you knew you could not fail?’ really stimulate the client to think in a very different way. Questions like these have the power to invite very open brainstorming at this stage.  It also was important for the coach to pace then lead the client.  That is to continue the rapport building and gradually ease into a new approach once the client is following the movements and language of the coach.

Throughout this stage the coach observes the client very closely as even small facial changes or other shifts in physiology can be indicators that the client is beginning to change.

At some point during the first few coaching sessions the coach and client begin to work on goals. Sometimes clients know exactly what they want however others require more help in formulating the goal.  Whatever the starting point, all great coaches spend significant time to work with the client to hone the goal they wish to achieve from the coaching.  In the numerous sessions we observed it became clear that it is not a strictly linear process as the coach and client work back and forth until the goal is clearly formulated. In addition, we noticed that great coaches made sure that goals formulated in the right way we recognised that they conform to the principles of SMART goal setting. SMART as an acronym has been quoted many times and there are several different translations for the acronym especially for the A and the R. All are good: Achievable, Attainable, Actionable, Reachable, Relevant, And Realistic. The best coaches we observed asked penetrating questions about the goal to ensure that it had real relevance to the client rather than just being a restatement of organisational goals or a socially expected goal.

To be achieved a goal needs to become real to the client. As one US coach explained, “The more it matters to the client the more it acts as a magnet it will draw in the person rather than the person having to push for it.” In fact for her this was the most critical issue in the process. Only those goals that have personal relevance and meaning are ones that are likely to be achieved and bring fulfilment in the longer term.

Further to this we observed that great coaches made additional efforts to help the client to build a complete projection of the goal by exploring how it will look, sound and feel when they have achieved the goal. A US coach stressed that the “aim of a small series of questions at this stage is to build a very real picture of how the goal will appear.  This has the effect of making the goal seem achievable and helps the client have a much clearer idea of what they are endeavouring to achieve.  By giving the client the experience of really sensing the goal the coach is giving the client the opportunity of testing that this is what they want and also gives them a benchmark to measure their progress against as they work towards the goal.”

They then move on to helping the client to initiate a wide range of options for behaving to achieve the desired goal. This is an important stage where we noticed that novice coaches are inclined to rush ahead and begin to make suggestions to the client rather than taking it slowly and allowing the client to generate his or her own options. One key skill here is according to a British coach “to know when to be silent and provide space”.  Long pauses are perhaps embarrassing in everyday conversation but they are a vital part of the coach/client relationship.  A period of silent reflection may in fact be the most productive for generating fresh ideas and new ways of thinking about an issue. If the client generates options he/she also becomes more constructive in the face of other challenges that may appear in the future which currently appear to be unrelated to the subject of the current coaching sessions.

Having produced a range of options they establish criteria with the client for evaluating the different options.

For this to be successful requires the coach to understand the world of the executive and to be skilful in asking questions to help the client to weigh up the different options. We observed a German coach who used a matrix where he asked the client to evaluate the options in terms of short and long-term costs and benefits.  Other top coaches asked clients to write things down as a list and then come back to them several days later with a fresh eye before determining which option was most appropriate.  The coach also needs to be able to synthesise the different options so that a more comprehensive approach may be formed.  The less experienced coaches we observed easily became impatient and rushed into the action plan design.  Again a critical skill here is the development of patience to allow the clients to come to their own decisions.

This is the action planning stage where coach and client work together in developing a concrete plan to bridge the gap between where the clients are at present and where they desire to be. In our studies this step was revealed as critical to a successful outcome of the coaching partnership.  A real difference emerged between coaches that were very successful and those that merely went through the motions.  Good coaches are very rigorous and gain commitment from the client for action with concrete time lines and a clear statement of if and what support they need. The experienced coaches work with simple tables where they integrate all action items.  They also ask for very precise questions about how the client will know when they have achieved each action – this provides key performance indicators which are again self-generated.

It also appears to be important that the client summarises the action plan in writing, often in an email, and commits to follow-up contact with the coach after each session.

The final step in the process is ongoing. The coach encourages momentum and helps the client to keep on track.  As a German coach explained, “however it is done (in person, by phone or email), it is vital that the coach should maintain contact with the client to maintain motivation and demonstrate belief in the client. The coach continues to encourage action that leads to the desired outcomes, motivates the client when the going gets tough, challenges when complacency sets in and demonstrates belief in the client. In this way the relationship is ongoing and the client knows that they have a partner who is solely dedicated to helping them achieve their goals”.

Developing your coaching practice? Take a look at out coaching toolkit.