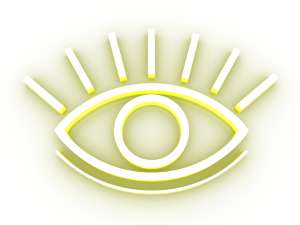 History is littered with examples of organisations that have underestimated the strength of cultural conditioning paying superficial lip service to cultural integration and these Culture Crimes have  resulted in failures in strategic alignment, communications and delays in execution of plans which impacts returns on investment.

This story describes an example of one organisation in the engineering sector who failed to consider the local culture. A Culture Crime!  Paying Cultural Lip Service to the community. ….  the impact of the application and appropriateness of their existing policies, and the leadership skills required to operate successfully in the environment.

Situated in the Middle East where the local population consists of Arabs Palestinian, and Lebanese races. The expatriates connected to the project and the parent company originated from Europe, and USA. The plant was situated in a fairly remote location and almost all employees were from the immediate neighbourhood. The arrival of a multinational company offered considerable opportunity to the local community

In this region, there is an elaborate system of identifying others by social class, rank and position within the family, clan, or tribe. A person is identified as someone‘s child or a father belonging to a particular family. Ibn or Bin means son of and Abu means father of. The same applies to women Bint means daughter and Umm means mother. So, the identity of an Arab is collective and not individual. The Arab male has responsibilities as head of house. Arab culture values group rights little value is placed on the needs of the individual and much more emphasis is attached to the needs of the group, hence the word private as we westerners understand it does not have an exact Arabic translation. While the concept of privacy exists in the Arab world privacy does not imply personal or individuated space, and this is evident in the need for inclusion it would be quite normal for a westerner to arrange a confidential meeting with his host in the Arab world only to find the room full of family, colleagues and neighbours.

Honour and dishonour are important factors that influence the behaviour in this culture Public behaviour is influenced recipient of the communication so, there is a tendency to express or communicate messages upon other people‘s perceptions. Before getting down to business at a meeting it is important to exchange pleasantries, and accept your host’s hospitality. The western style of going straight into business is considered impolite, here people will do business with you because they feel good about you.

A thorough understanding of Arab culture and society is achieved with a little basic knowledge of religion, Islam, and its founder Prophet Mohammed whose recitations called for all to rid themselves of their sinful ways and to worship only one God as the true God whom he called Allah. The Prophet called for social reforms, caring for those who could not care for themselves, and encouraged giving personal wealth to charity. The five pillars of Islam are, Profession of faith, Prayer, Almsgiving, Fasting and Pilgrimage to Makkah. Prayers are offered 5 times a day facing towards Makkah at daybreak, midday, mid afternoon, sunset and nightfall. The holy book Qur‘an is the infallible word of God.

…Listen to the Lessons

I could go on and on contributing to this crime scene – maybe I should write a book!

The key to cross-cultural business success is understanding your business partners enough to make essential cultural adjustments and adjustments are required from both parties.

A practical rule is that business transactions should favour the cultural norms of the social infrastructure on which they primarily rely. Us westerners sometime have the impression that business is a self-contained activity, in reality it depends radically on pre-existing cultural mechanisms to get anything done. If business is to tap these resources, it must respect the culture that provides them.

Spectrain works in multicultural environments and through the provision of “appropriate” and culturally sensitive strategies we impact organisational development enable effective integration of teams and stakeholders.