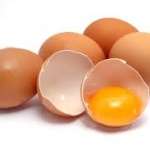 Facilitation can be a delicate process, particularly for me today because I am holding 6 raw eggs and my audience are feeling bitter, my aim is to create an environment where we can consider the impact of entrenched patterns of behaviour and identify the mindsets required to move from bitter to better.

I have a strong connection with the group, a deep understanding of the business and barriers to change that they face but they are avoiding issues they say they want to tackle, its time to identify and break some of those limiting patterns.

I start with a question, I ask how many of you have written this goal?

BY THE END OF 2018 I WANT TO BE A COMPLETE FAILURE IN RELATION TO THE CHANGE INITIATIVES THAT I CAN CONTROL?

Of course the goal statement is unthinkable for all members of the group and enabled me to move forward with my next question.

So if that goal statement is unthinkable, I’ll guarantee that there are areas related to the changes in which you’d desperately like to succeed.

Today I’d like to share with you a couple of things I’ve learned about resilience. You can become either “bitter” or “better” from set backs.the only difference between these two words is the letter “I”. “I” have the choice about whether to bounce back or shatter when faced with set backs.Facilitating a scene of success.

I begin to tell the group a number of success stories:

There was once a writer whose first children’s book “And to Think That I Saw It on Mulberry Street” was rejected by 23 publishers.Can you guess who? It was Dr. Seuss the 24th publisher sold six million copies.

And then…..There was a student who demonstrated a “conspicuous lack of success” on his reports and who o failed three times to enter the British Military Academy? Many of us would have given up after one rejection but Winston Churchill stubbornly refused to accept defeat and became one of the greatest men of the 20th Century. Though he was rejected many times by the voters of Great Britain, he finally became the Prime Minister, standing between Hitler and the free world.

What about…The cartoonist whom no one would hire? The one who was told that he had no talent? The old garage he worked in was in such bad shape that it had mice. One day, he sketched one of those mice. Any guesses as to the name of that mouse? The mouse one day became famous as “Mickey Mouse.” The artist was Walt Disney.

Stick to teaching Louisa May Alcott refused to give up on her dream.The book Little Women sold millions and is still in print 140 years later. Unlike the name of the publisher who told her to give up.

When I reflect on these people who refused to let their failures make them quit, I think of the difference between a super ball 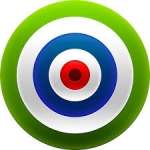 and a raw egg.

Moving from Bitter to Better

I point to the target drawn on lining paper which covers a wall and invite 3 volunteers to three take the super ball and throw it at the target, trying to get the closest to the centre.

I then invite 3 volunteers to thrown the raw eggs at the target.

I facilitate a group discussion

There are two things I want you to come out of this session with:

1) Don’t be discouraged by your failures. Remember, the road to success is paved with failures.

2) In order to succeed in life, you’ve got to endure.

I’ll leave you with the words of Winston Churchill, the one who had written on his report card, “shows a conspicuous lack of success,” the one who failed the test three times to enter the British military academy, but the one who became one of the greatest men of the 20th century. One day he was invited back to his old school to give the commencement address. This great, eloquent man stood before them and said simply this:

Facilitation is a little like holding an egg, there is a delicate balance required to maintain a safe environment while being a catalyst and pushing people gently out of their comfort zones. It involves a cycle of experience with a flow, form and features. This starts with an emerging sense of awareness of a need or dissatisfaction, which becomes the focus of intense engagement, through this an issue takes form which the facilitator focuses attention on and works with, eventually the experience peaks, and at some point is resolved. Better, not Bitter!
Facilitation is about process, being in the moment, drawing together all of the threads presented to form a rich tapestry for the group to work with. It’s rarely predictable or scripted because as soon as it is planned it ceases to become brilliant.