In a place far, far away there is an organisation whose managers had been dropping like flies, Bitter battles between share holders, some, unencumbered with the burden of intelligence had contributed to this situation. I bit my tongue, and watched the procession of comings and goings. One day I arrived on site to be greeted by yet another replacement manager, the majority shareholder had been keeping this ace up their sleeve and we were told to expect great things.

Like a bull in a china shop and from the off this individual reacted to situations as swift as a fart in a hurricane managing to fly off the handle and make mountains out of molehills, while at the same time ignoring the real mountains.

Like a bat out of hell he would emerge from his office, foaming at the mouth, hot under the collar to haul someone over the coals via a vicious tongue lashing. 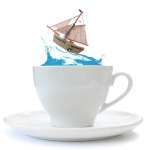 One drop of rain on his window pane would generate a storm in a teacup and quick as a flash he would blow a fuse I would hear him pitter patter down the corridor with a bee in his bonnet to stir up a hornet’s nest.

On pins and needles and minding our P’s and Q’s we weathered the storm constantly walking on eggshells; – you could cut the atmosphere with a knife! We hoped he would become a flash in the pan

Here he comes again, arms waving like a demented windmill, we ducked and covered. We turned to humour as a coping mechanism hoping as we crossed our fingers that someone would put a nail in his coffin.  Every cloud has a silver lining however, and finally from the corridors of power came the order to send him packing.

Narcissists like an iron fist in a velvet glove can appear extremely charismatic, but they don’t play
nice! The nature of the beast is characteristic of a my way or the highway style of leadership, they demonstrate behaviours that really upset the apple cart:

There’s safety in numbers and with fingers burnt a herd mentality developed. Not
wanting to rock the boat people took the line of least resistance, flying under the radar afraid of the next management appointment that may take them from the frying pan to the fire.

Recognise Him? Still Paying for The Damage? Want a Solution?