Media Misdemeanours in the Middle East

Media Misdemeanours in the Middle East

While developing a competency framework for a large telecoms provider in the Middle East I was interviewing middle managers who occupied a range of roles. One manager was involved in marketing the organisations products and services. An aspect of our conversation focused upon advertising and the challenge of appealing to a variety of market segments in an environment where cultural taboos impose strict rules on what can and cannot be shown in public.

The conversation provided a useful reminder of those social and cultural taboos, and of the importance of carefully selecting media for training and development events in the region that is appropriate for the culture.

It would be irresponsible to recycle a set of slides, a workbook or learning aids without checking their suitability in this region. 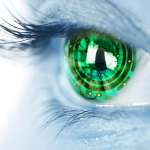 Although we cannot generalise about Middle Eastern cultures there are some similarities in the rules for appropriateness of eye contact. Middle Eastern Muslim cultures have traditions connected to religious laws about appropriateness regarding eye contact between the sexes. Only a brief moment of eye contact would be permitted between a man and a woman, if at all. Avoid media that shows prolonged eye contact between the sexes. Notice, the eyes on some TV programmes are often pixleated.

Female western consultants should also be aware that their appearance is different and this can attract male attention in the form of eye contact, however, returning that eye contact, can be considered the same as saying, “Yes, I’m interested!”

The Islamic culture is very conservative. Showing any skin other than the face, hands or feet can be considered sexually arousing, carefully select images that demonstrate respect for your audience’s preferences. Don’t fall into the trap of thinking sophisticated places such as Dubai will be more conservative, while Dubai is quite liberal your delegates will be diverse and have have different values views and standards.

There can also be issues with images of animals, although many people keep and dogs, they are kept outside because they are considered dirty, an image of a fish is related to Christianity, Images of pigs may be offensive due to references in the Quran about the flesh of swine and prohibition of pork consumption in Islamic law.

When designing culturally appropriate materials take into account layout, images, symbols, colour and sound in order to fully acknowledge cultural influences. Design in the western world is based on reading from left to right, Societies that read from right to left may be at a disadvantage when faced with western design, leave plenty of margin space for notes on both the left and right of the page, and be aware that symbols are not universally understood. For example using arrows, meaning next or go to the next page , are not universal, the thumbs up sign can have negative connotations. Do check that phrases and metaphors are meaningful for global readers; the phrase “ Every man for himself” may be considered highly offensive in a collectivist culture where belonging to a formal or informal group is important.

Recently I have been working with a large retailer who is setting up an expansive operation in the Middle East, while coaching the store managers who will relocate to various countries it became apparent that they had overlooked the country of origin on product ranges that are made in Israel. Using images of products that have Israeli associations should be avoided.

Internet Access in the Middle-East can be different from the western world because It’s filtered, blocking access to various parts of the Internet based on political, religious, economic or cultural values. Social media platforms such as Twitter, Facebook, Flickr, and YouTube have caught the attention of the cyber police, who have the authority to block or filter content from these sites.

A study by the research group Open Net Initiative on internet content control claims the countries that practice the highest amount of political filtering are, Iran, Bahrain, Syria and Tunisia, while “social filters” can mainly be found in the Gulf and include Kuwait, Oman, Qatar, and Saudi Arabia.

If you plan to use content from the internet be aware:

Spectrain provide training materials, articles, competency frameworks and events across the Middle East. Our designs are sensitive to the culture and the development needs of learners. See what our clients say.