Once upon a time in Yemen, there were two beekeepers, each had a beehive.

With different ideas about how to do this, the beekeepers designed different approaches to improve the performance of their hives. 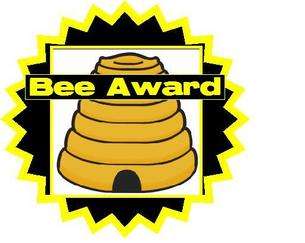 performance, but the bees were never told about the hive’s goal to produce more honey so that YemBees Ltd could increase honey sales.

The beekeeper created incentives, special awards for the bees who visited the most flowers.

The second beekeeper also established a bee performance management system, but this approach communicated to each bee the goals of the hive—to produce more honey.

This beekeeper and his bees measured two aspects of their performance: the amount of nectar each bee brought back to the hive and the amount of honey the hive produced.

The beekeeper created a few awards for the bees that gathered the most nectar, but he also established a hive incentive program that rewarded each bee in the hive based on the hive’s production of honey—the more honey produced the more recognition each bee would receive.

What  do you think might have happened to each hive at the end of the season when the Queen Bee would report back to each Beekeeper ?

YemBees Beekeeper 1 at the end of the season

The first beekeeper found that his hive had indeed increased the number of flowers visited, but the amount of honey produced by the hive had dropped.

The Queen Bee reported that because the bees were so busy trying to visit as many flowers as possible, they limited the amount of nectar they would carry so they could fly faster.

Also, because the bees felt they were competing against each other for awards (because only the top performers were recognized), they would not share valuable information with each other like the location of the flower-filled fields they’d spotted on the way back to the hive that could have helped improve the performance of all the bees.  After all was said and done, one of the high-performing bees told the beekeeper that if he’d been told that the real goal was to make more honey rather than to visit more flowers, he would have done his work completely differently.

As the beekeeper handed out the awards to individual bees, unhappy buzzing was heard in the background.

YemBees Beekeeper 2 at the end of the season

The second beekeeper, however, had very different results.

Because each bee in his hive was focused on the hive’s goal of producing more honey, the bees had concentrated their efforts on

gathering more nectar to produce more honey than ever before.

The bees worked together to determine the highest nectar-yielding flowers and to create quicker processes for depositing the nectar they’d gathered.

They also worked together to help increase the amount of nectar gathered by the poor performers.

The Queen Bee of this hive reported that the poor performers either improved their performance or transferred to another hive.

Because the hive had reached its goal, the beekeeper awarded each bee his portion of the hive incentive payment.

The beekeeper was also surprised to hear a loud, happy buzz and a jubilant flapping of wings as he rewarded the individual high performing bees with special recognition.

THE MORAL OF THIS STORY IS:

Is your team a hive of activity? If you want to develop busy bees take a look at our Managing People and Performance Training Courses