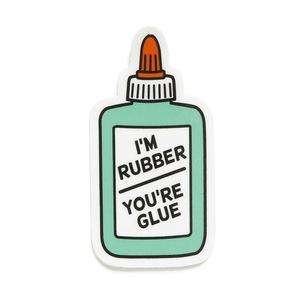 Yesterday I was working with a group of professionals whose customers are challenging for a variety of reasons. On the receiving end of a range of aggressive behaviours chosen to belittle to shock, to denigrate, these professionals feel beaten up, overwhelmed and as a result are often backed into a conversation cul-de-sac.

This group once knew how to consistently deliver effective customer service with efficiency however, increased demand on service delivery and a clientele with mental ill health issues that often manifest in unacceptable behaviour has led to (by their own admission) an apathetic response one that lacks the empathy and support that many of these customers need.

To doggedly pursue the workshop or respond to the need – what would you have done?

Such was the force of feeling in the room I decided that the workshop materials I had been provided with which involved role playing difficult conversations which nobody had an appetite for were not going to provide the development or support that this group needed. Instead I decided to focus on understanding underlying triggers driving the difficult behaviour and to develop responses that enabled individuals to avoid or exit the conversation cul de sac with self esteem intact knowing that they had effectively and efficiently managed the challenge.

There are certain factors that can activate a threat response and that perceived threat can trigger our fight, flight, freeze or appease default reactions this is especially true when it comes to behaviours we need for survival.

Basically, our “thinking” circuit brain reassures our “emotional” areas that we are, in fact, OK.

Understanding context and seeking support from others influence the way we experience fear these actions also put us back in control. When we are able to recognize what is and isn’t a real threat, and relabel an experience we will ultimately arrive at a place where we feel in control.

That perception of control is vital to how we experience and respond to fear. When we overcome the initial “fight or flight” rush, we are often left feeling satisfied, reassured of our safety and more confident in our ability to confront the things that initially scared us.

Conversation cul-de-sacs can feel like many things – but they are never comfortable.

The conversation cul-de-sac remain in control

There are some simple yet smart ways to help remain in control and minimize the perception of threat.

“I’m rubber you’re glue, whatever you say bounces off of me and sticks to you!”

Finally we explored resilience at work and the importance of positive relationships in fostering resilience. using the rsvp images of resilience cards which helped us to compile top tips for remaining resilient.

We decided that the mindset that would be most useful is one that enables us not to take the insults personally and to realise that you did your absolute best in the face of some very difficult behaviours and comments that really are a reflection of who the other person is.

That isn’t something that you want to stick to you because it will mar the quality of service you provide to the next caller.

The insults you throw at me do not stick to me. I do not let them hurt me. In fact, the insults you have thrown at me will bounce off of me and stick to you, because I am rubber. I am resilient! I will “bounce back”,

They adopted “I’m rubber you’re glue, whatever you say bounces off of me and sticks to you!” as their team mantra

Armed to the teeth with new ways of thinking and understanding why a customer may behave that way and a set of tools to help them to avoid conversation cul de sacs and manage their responses my job was done!