What aspects of a person’s workplace behaviour can be attributed to their culture? Lets take a look through the culture lens to understand the impact of a dominant culture

Could it be that people of different cultures are essentially similar and their behaviour is influenced by organisational constraints and management action rather than by cultural characteristics?

Culture influences the behaviour of all individuals and groups within an organisation. It has an effect on most aspects of organisational life, including how decisions are made, who makes them, how rewards are given, who is promoted, how people are treated, and how the organisation responds to its environment. Culture to an organisation is what personality is to an individual. And just like personality, culture matures too. 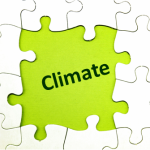 We can compare organisational culture and climate to personality and mood. Strong cultures provide stability and predictability because they give people direction for behaviour, ideas, and how to respond or make decisions in uncertain situations.

Culture is affected by climate, climate is equivalent to human feelings or moods and just as moods change so will the climate.

A variable climate is, like a similarly expressive person, more open, transparent and understandable. We feel comfortable when we can read another person’s feeling. The same applies to our workplace.

How does organisational culture form?

Fundamentally, we are all individuals; we are also members of the red, blue, green and yellow groups as illustrated by the diagram. Each group has its norms and patterns that make up the group’s culture. These cultural norms and patterns include our thoughts, behaviours, beliefs, feelings and values.

One day, two red individuals invent an invisible bike and, decide to take their product to market. They need to hire people who can manufacture and sell the invisible bikes and manage the business. So they set about building an organisation and like most organisations, they develop a hierarchy and since the organisation was established by the red people they naturally build it based on their own values, beliefs and their preferred way of conducting business.

Their organisation will reflect their red culture. They hire people who are just like them. So, other “Reds” are chosen to fill the ranks for the organisation. However the red policies and procedures impact the red, blue, green and yellow groups differently

When the dominant culture in an organisation is the “red” culture, managers often assess employees’ performance through a “red” culture lens. The farther away you are from the “red” culture, the more you have to give up your own colour / culture and try to change yourself to “red” to satisfy your manager’s “red” bias. There comes a time when it does not matter how much you have tried, you are not “red” enough. This is when cultural clash happens.