The Peter Principle The Journey From Competence to Incompetence

The Peter Principle The Journey From Competence to Incompetence

The Peter Principle book is extremely humorous, a satirical model, it was first published in 1969. What is surprising is that many of us continue to experience the impact of occupational incompetence resulting from ridiculous promotion decisions.

For those who experience the Peter Principle at work it is no laughing matter.

Having worked in an organisation where incompetence permeated through many levels the impact on people and performance was devastating.

The theory is simple:

The Peter Principle from competence to incompetence? 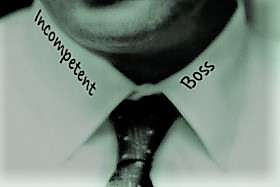 This process repeats over and over until people assume a position that presents challenges beyond their competence and that’s where they stay. They are rarely demoted since the rules make it very difficult to demote someone, even if that person would fit in much better and would be much happier in a lower level job.

Variations of The Process

Being kicked upstairs…. Or moving an employee from one unproductive position to another to camouflage the failure of the individual and the fatally flawed thinking that promoted him/her to a level of incompetence

Lateral arabesque, (sideways move) giving an incompetent employee a longer title with less responsibility. This way the employee still feels important but is kept away from the coal face.

Inversion – being promoted for sticking to the process despite the output of that process producing an inefficient service. This usually happens when a supervisor at his level of incompetence rates an employee in terms of supporting institutional values. The supervisor is blind to output because he evaluated input.

Compliance does not equal competence if unsupported by independent judgement

Who should we promote to increase the efficiency in our organisation?

Often the answer is based on the assumption that an employee who is competent at a given level will be competent also at a higher level of the hierarchy, it seems a good idea to promote the best employee from a lower level!

Promotion decisions often place more weight on current performance than can be justified.

Many organisations prioritise current job performance at the expense of other observable characteristics and competencies that better predict performance aligned to the current and future requirements of the new role.

The assumption that the role requires a higher level of competence, when in reality, it requires different competencies places people in positions where incompetence becomes immediately apparent.

A reliance on generic competency statements that describe one best way  fail to take context into account.

Competency based approaches can also fail to account for future technical skills requirements. Often the rapid pace of change makes certainty about future skills just too hard to anticipate. So, we focus on what endures rather than what is likely to be displaced.

The Peter Principle is Thriving

Over the past 12 months I have witnessed the most bizarre criteria to support promotion decisions that lead me to believe incompetence, lack of common sense and failure to hold those accountable for fatally flawed decisions is quite common.

These decisions have been based upon:

The power of a patron who himself has reached his level of incompetencePotentially the worst of all is a sentence uttered to me by a manager in response to questions about the consistent incompetence of an individual. “she was judged worthy of promotion based on appearance. It was one step too far”!